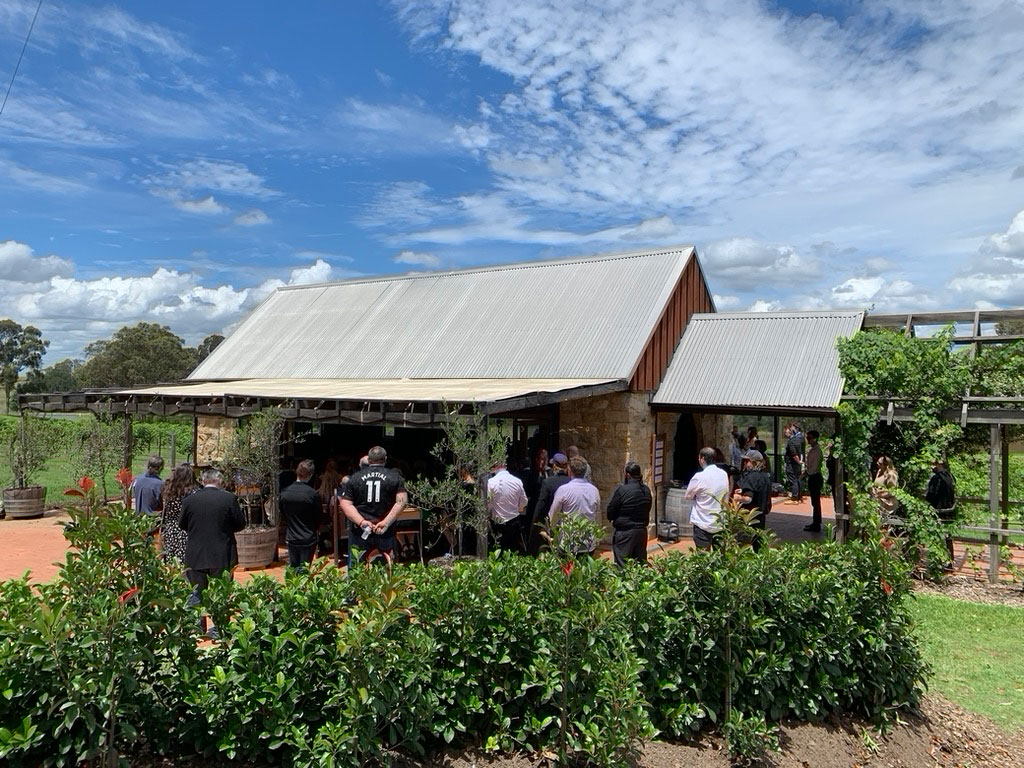 Starting the funeral planning and arrangements for an expected death can be a difficult. Making that all-important call to a local funeral director to ask about a funeral service with cremation, is the first step.

Picaluna Newcastle funeral arranger Cheryl Forbes received a phone call from a beautiful young woman called Alex. Her husband, of less than 10 months, was receiving palliative care for Pancreatic Cancer. He was only 38 years old and his cancer had been diagnosed earlier that year, sadly, too late for any treatment to be effective.

Alex had heard that Picaluna create beautiful, personal funerals that are crafted to bring comfort to those left grieving. She wanted to make some of the hard decisions before she needed to start grieving Brendan.

Her brief to Picaluna was that there was to be no “ugly chapel with red carpet”, the funeral venue needed to be within 20 minutes drive from their home and she wanted to hold the celebration for him and his life, that they had been unable to have for their Covid-affected wedding. It would also be desirable if the wake was able to be held at the same venue as the ceremony.

As always, we assured Alex that after Brendan had passed there would be no hurry to hold his funeral service.  We explained that it was more important for her and all who loved him that they took the time to grieve as needed and we would look after everything for her.

Peppers Creek Chapel and Barrel Room at Pokolbin fitted the funeral venue brief perfectly with a beautiful chapel for the ceremony.   The sides of the Chapel opened outward to accommodate as many mourners as it needed to. The Barrel Room was perfect for the wake and the venue staff went above and beyond when caring for Alex and the family.

On the day of the funeral service, Brendan arrived in his light wood coffin in style.  Transported by a vintage Mercedes from Dignified Transport, he was dressed for the day in his favourite “grim reaper” t-shirt, which truly reflected his sense of humour, and his lumberjack coat. His best mate, the family dog also attended on the day wearing a bandana matching the lumberjack.

Brendan’s wife Alex had approached their marriage celebrant Becky Married Me to conduct Brendan’s ceremony and although Becky doesn’t normally conduct funerals she could not have said “no” to this heartfelt request. Becky stepped up and did a beautiful job creating a fitting and personal farewell for Brendan. Alex has a beautiful singing voice and paid tribute to Brendan in song.

Brendan and Alex were a very popular local couple and over 100 family and friends attended to pay their respects and farewell a much-loved family member and friend. The funeral service was also livestreamed to those who were unable to attend on the day.

One of their friends, who is a master timber craftsman, created a beautiful box to hold Brendan’s ashes following his cremation. It is now a stunning centrepiece in Alex’s home allowing him to always be close by.

If you would like to find out more about Picaluna Newcastle and creating a beautiful and personal farewell, we are only a phone call away. 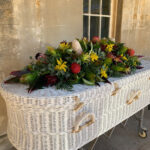