The funeral landscape in Australia over the past 150 years has had a number of significant changes, particularly in the last few decades. Below are some notes taken from a short study published in 2013 and the Picaluna Funerals experience.

The 1800s
From the 1800s in Australia, funerals were predominantly based around a Christian culture. There was an acceptance that a ‘good death’ was paired with spiritual devotion and courage in the face of suffering. Rites and rituals generally took place in the home, surrounded by family, followed by a burial in the local cemetery. There was comfort taken in tangible mementos of the dead, such as locks of hair, photographs, jewellery and keepsakes. The importance of memory and memorialisation gave obituaries and gravesites a strong significance and visiting the grave was an important part of the grieving ritual. As time moved on, religion started to weaken in Australia, particularly after the 1870s and was only strengthened again later with the influx of Orthodox and Catholic immigrants.

Before WWI and during the Victorian era many funerals were taken care of in a domestic setting, because many people died at home in those times. The body was then prepared at home and funeral arrangements were made. Women would generally do the work of laying out the body, dressing the deceased and preparing for the vigil. And for Sydney-siders, the move from a colonial cemetery in the City Centre to the establishment of Rookwood Cemetery where mourners could travel by train with the deceased, had an impact on the practices of the day. During these times there was the concept of “beauty in death”. When Rookwood Cemetery was established there was an emphasis that the grounds were a relaxing and enjoyable place to be visited regularly by the public. There were many mourning rituals that took place during this period and much emphasis placed on the funereal embellishments of flowers at the funeral and poetic quotes on elaborate headstones. These beautiful funerals often included a lot of keepsakes and mementos of the dead, there were unguarded expressions of grief, mourning clothing was worn, open celebration and viewing of the body. Embalming started to grow in this time (particularly in the US) as a way of preserving the ‘beauty’ of the person’s body.

The Impact of WWI & WWII

WWI had a huge impact on the funeral landscape as so many Australians died overseas and relatives were rarely able to view their bodies or visit their graves. This stripped the beauty of death away and it was consequently viewed in a negative light. The importance of burial was being questioned by Australian society. Crematoriums started to be built after WWI. Death also started to become more medicalised and institutionalised, with more deaths occurring in a hospital setting rather than at home. The funeral home began to take-off. After the war many people started to pay professionals, “undertakers” to do the work for them. Less people would see the body or interact with it. Funerals became distant and mourners simply ‘turned up’ and let the system carry them through with the undertaker looking after the body behind the scenes. Grief began to be down-played and privatised too. The funeral was a more simplified affair. With war and death there was an association in respectful ‘male silence’ like a soldier’s silence and civilians adopted this too. Death became more intimate and elaborate funerals were seen as self-indulgent and inappropriate for the time given the large numbers of soldiers who had died and lay in mass or unmarked graves overseas. By the 1940s, the funeral was simpler, mourning was less visible and the focus moved away from Grieving to an Honouring of the Dead.

The 1960s-1990s saw a move toward more open grieving practices and more public discussions of death and funerals. Studies and books were published during this era deeply exploring end-of-life. ‘Death’ became a more open topic of conversation, although to a lesser extent, funerals, which remained organised by funeral directors and were relatively conservative and simple.

1990’s marked a big shift in the funeral industry in Australia. Cremation passed burial as the preferred form of body disposal. It was cheaper, secular, simple and now supported by the Catholic Church as well. It was mechanical, modern and facilities and so called “chapels” were built around Crematoriums that made it more acceptable for religious ceremonies as well. It was efficient and took place out of view and kept an element of mystery. There was a strong backlash against the perceived Americanisation of the Australian funeral industry in the 1990s. The U.S. companies that had arrived in 1993 but were gone by 2001 and these had been turned into InvoCare and Bledisloe Group Holdings brands. The impact of this style of ASX listed funeral company was huge in that it was centralised and operated across many labels with a central mortuary site in Lidcombe, NSW. It also divided the industry into two camps – Corporate vs Independent. Although, for the consumer, it was often difficult to discern one from the other and deliberately so. Since the 1990s the focus has started to shift back to pre-WWI values of the grief process and celebration of life and beauty in death. A more personalised funeral was beginning to come back with greater involvement from the family.

Funeral Celebrants in Australia
Celebrancy in Australia had been an ever-evolving space since the 1970’s and as such, as the wedding industry continued to change alongside an increasingly secular society, so had the demands of the celebrant role. In 1995 pricing around celebrancy was deregulated in the wedding industry, but because of the tight grip of funeral directors, this did not translate across to the funeral industry.
In the traditional funeral industry, celebrancy was still based on a religious framework that had not changed with the times. So what was happening, was, funeral celebrancy was becoming more malleable and personalised at one end, moving with the evolving needs of society ….. whereas the funeral industry was not. The result was that, continually, celebrants and traditional funeral directors were at logger-heads. The parameters and restrictions of one did not fit with the need for flexibility of the other.
Equally, Celebrants weren’t being valued for their time and expertise in guiding a funeral for a family; writing and facilitating a healing ceremony. Families were also being short-changed by funeral directors on the time and flexibility allowed in a funeral service and there was a lack of transparency in pricing of funeral arrangements. There had been some push back from a number of Funeral Celebrants, most notably Dally Messenger III, Australia’s first Civil Celebrant, who ended up in court and was fined a large sum of money in 2007 for asking questions about price setting for funeral celebrants by funeral directors. In many ways funeral celebrants were left to their own devices, to go independently and work directly with families or work within the parameters of the traditional Funeral Directors and be priced according to funeral company billing policies.

Movement was happening in pockets outside the funeral industry or along its edges, in small communities. Beauty in death, connection to the body, agency at end-of-life and the re-emergence of self-expression in grief were beginning to return. The impact of the Baby Boomer generation, who had much more progressive ideas to the establishment, was beginning to take effect. Some empowered families were beginning to ask questions, wanting to DIY, to do things their way. Memorials and home vigils were giving families the time and space needed to follow their instincts. New venues were being explored to hold a funeral ceremony. Community education programs were starting such as the Groundswell Project.
Death Walker training with the Natural Death Care Centre began for individuals who wanted to learn about a different way at end-of-life. Grass-roots education programs about end-of-life and talking about death, was also getting off and running. There were Death Cafes starting up as well as Dying to Know Day. There were more discussions around environmentally friendly options at end-of-life from coffins, to shrouds and body-disposal methods.
In 2019 Choice, a consumer watchdog publication began a report into the Funeral Industry which brought to light many of the poor practices of funeral providers. This report was published just ahead of the 2021 Funeral Services Sector report published by the ACCC, highlighting key issues of concern and calling on businesses to review their contracts and pricing practices.

The Next Wave
The development team that eventually became Picaluna Beautiful Funerals, had begun their own journey into the funeral industry. First with a platform hosting Memorialisation Software for funeral directors to administer. This then transformed into Funeral Management Software as the Developers pivoted to the address perceived deficiencies of an antiquated industry.
So, when serendipity put some Sydney-based funeral celebrants in contact with the Development Team in 2015, two worlds merged and a pathway was forged forward together. Funeral Celebrants with the right software, could now be Funeral Directors too. A pathway that the team believed would ultimately benefit the grieving, but also change the funeral landscape in a way that was long overdue. Early in the testing phase of this new funeral company, the Development Team were shown photos of still-born baby Luna’s memorial and scattering of ashes, on the cliff-tops of Clovelly. The photos were an inspiring example to the group, of a caring community coming together to mourn loss in a really powerful, deeply meaningful and beautiful way. Luna’s name became the inspiration for the company name Picaluna.

Other small like-minded ventures were also starting at this time including Gift of Grace Funerals in Perth importing woven caskets, Tender Funerals in Port Kembla, a community-based funeral service. In Victoria there were a number of funeral providers making their way as well doing more home-grown funerals. There was a growing interest in the role of the Death Doula and continuity of care in end-of-life services.

That Pandemic
When the pandemic arrived on Australian shores in early 2020, it brought the words ‘death’ and ‘funerals’ to headline news as never before. Tighter restrictions around attendee numbers at funerals forged an even stronger pathway into the livestreaming or webcasting and recording of funeral ceremonies. The reliance on technology to bring people together from across the globe, remotely and solve a myriad of time/location sensitive problems became more significant. Disrupters to the industry with large capital behind them, like Bare and Safewill Cremations heavily promoted Direct Cremation or No Service, No Attendance body disposal.
Being a young and dynamic company, Picaluna were able to evolve quickly to meet the needs of grieving families under these challenging circumstances. Guiding families to find moments of ritual and healing under pandemic protocols. Despite lower death numbers and reduced yield, the company continued to go from strength to strength.
It’s exciting to see what the future brings as it forges its way into new territories. Watch this space. 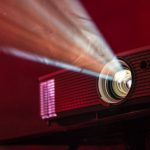 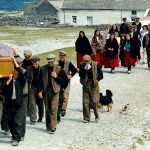 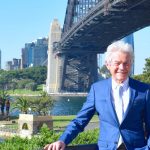 What is the difference between a funeral celebrant and a funeral director?